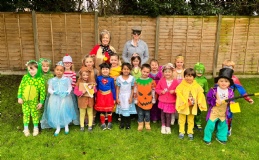 It's the most colourful day of the school year! We've all had great fun dressing up today to celebrate the 25th anniversary of World Book Day. Pupils enjoyed a whole host of activities including swapping books, a scavenger book hunt and watching a live drawing & poetry session with the fabulous Axel Scheffler!

In Nursery, the children came dressed as their favourite character, accompanied by the book that inspired their costume. They had lots of story time and acted out many of the adventures They had been reading about.

Reception pupils played a ‘guess the story’ quiz where they were given the synopsis of a traditional tale. The children did very well and guessed them all correctly. They were treated to a drawing and storytelling session online with Axel Scheffler and drew pictures of themselves in their costumes. We made a story as a whole class which was lots of fun!

Children in Year 1 wrote a guessing game, describing who they were dressed up as. They loved visiting the book swap and having a read of their new books!

Year 3 enjoyed writing about the book character they came in to school as, and had fun completing a World Book Day themed word search. They generally enjoyed dressing up for the day and talking about their favourite books!

Year 4 pupils took part in a book scavenger hunt using books from the Year 4 library. They were challenged to find books with different themes and genres and had to find books with spectacular sentences in them. In their French lessons, the children described their World Book Day costumes in French as the children have been learning to name clothes. 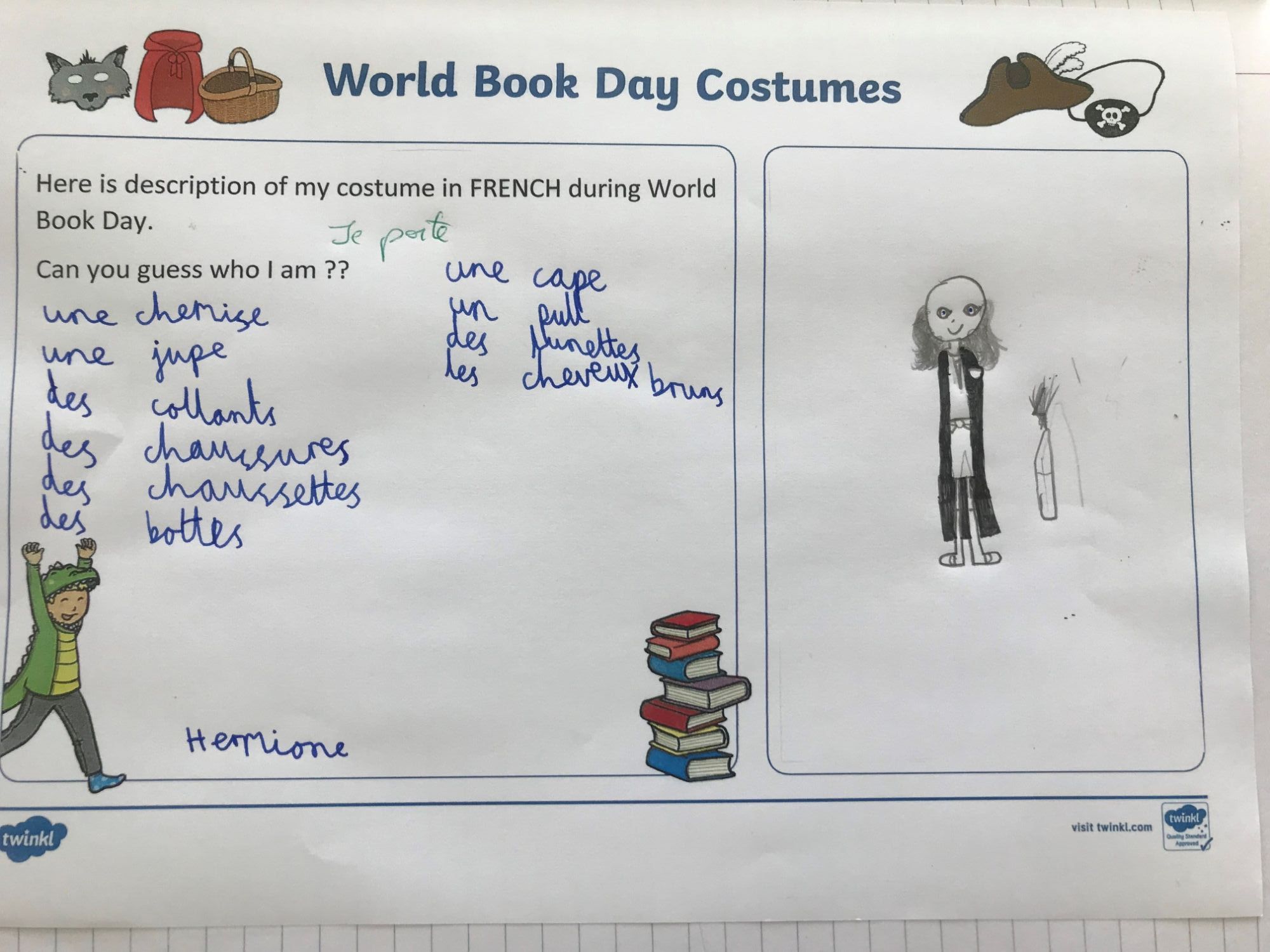 Year 5 carried out a character analysis of a favourite book character and wrote a school report for them, based on their characteristics.

Year 6 have been working hard on writing their own picture books. They were superbly creative and well-illustrated, some even contained morals for the younger children within their stories. On World Book Day, Year 6 took their creations down to Pre-prep to read them their books. They also videoed themselves reading their books out loud and some were shown to the whole school in the morning assembly which everyone enjoyed!

The whole day was lots of fun for everyone. It helped to reiterate the importance of books and the enjoyment that we can all get from reading them, whether - we read them ourselves, or listen to others.