Well done to the girls in Year 6 who went along to the Woodley Festival of Music & Arts on Sunday to compete in the 'Solo Drama, year 6 and under' category.

Each girl performed a short piece in front of an audience and the adjudicator, who later gave them lots of positive feedback and tips on projection and responding to the script. 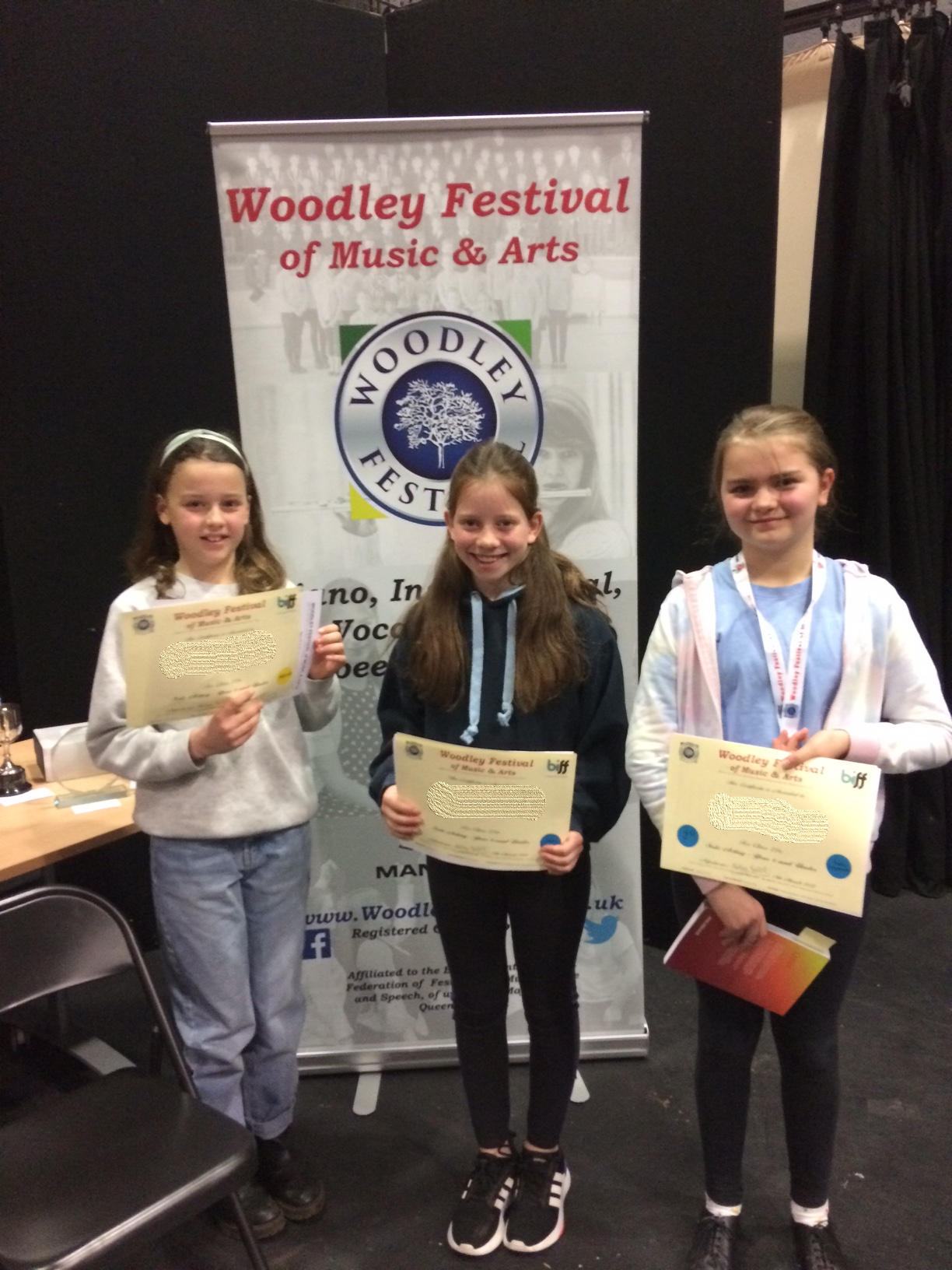